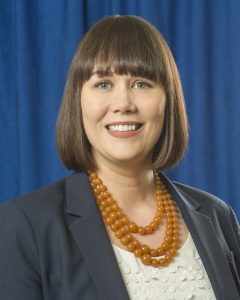 Alexis Taylor has served as Director of the Oregon Department of Agriculture (ODA) since December 2016.  ODA has a three-fold mission of ensuring food safety and consumer protection, protecting natural resources, and marketing Oregon agriculture products around the state, country, and world.

Prior to her appointment to ODA, Alexis oversaw the USDA Farm and Foreign Agricultural Services where she worked to build new markets across the globe and improve the overall competitive position of US agricultural products in the marketplace.

Alexis also led the Women in Ag Initiative that was a driving force in USDA’s mission to support the growing and diverse next generation of farmers and ranchers.

Before joining USDA, Alexis served for various members in the US House of Representatives and US Senate, working on the 2008 and 2014 Farm Bills. She served in the United States Army Reserves from 1998 to 2006. During that time, she completed one tour in Iraq with the 389th Combat Engineer Battalion. Alexis is a graduate of Iowa State University and grew up on her family farm in Iowa, which has been in her family for over 150 years.

This conference is part of the "21st Century Management: Enhancing Educational Programming for Beginning Farm and Ranch Women" project, an educational enhancement project supported by the USDA Beginning Farmer and Rancher Development Program under award number 2014-68006-21873.

Manage Cookie Consent
To provide the best experiences, we use technologies like cookies to store and/or access device information. Consenting to these technologies will allow us to process data such as browsing behavior or unique IDs on this site. Not consenting or withdrawing consent, may adversely affect certain features and functions.
Manage options Manage services Manage vendors Read more about these purposes
View preferences
{title} {title} {title}